Columbus, Ohio’s Weed Demon have been lurking in the shadows for about 5 years, creating and relasing a handful of recordings since their formation, including an EP and two full-length albums. The latest, Crater Maker, is an underground mine explosion that measures 6 tracks wide, 45 minutes long, and 5 kilotons in strength. 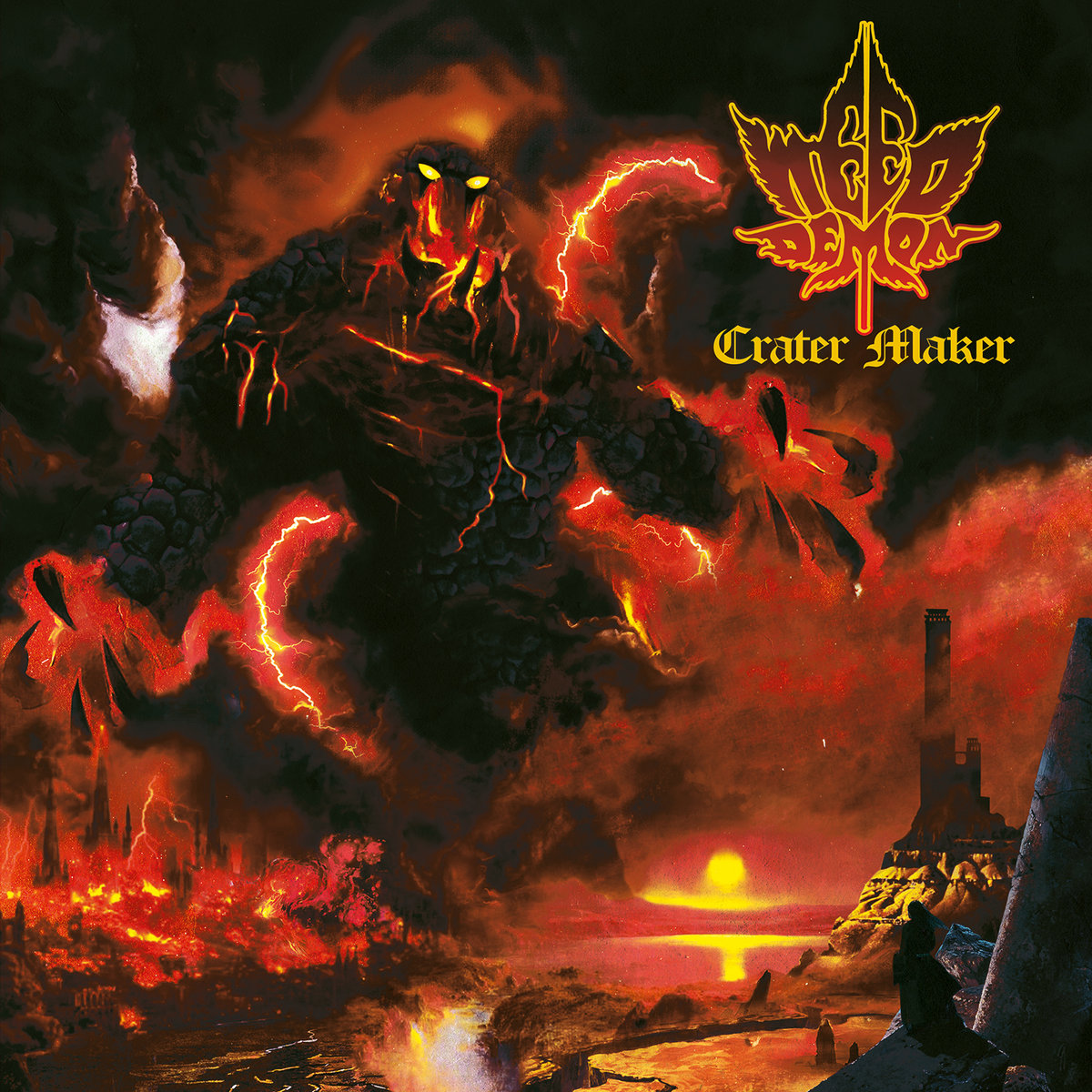 This infernal pit of sludge and doom begins with a short, innocuous instrumental composition only to detonate with another, much longer and far heavier one in “Birthquake,” the album’s true wake-up call, if you will. “Serpent Merchant,” the record’s first song with lyrics is somewhat of a shocker for those expecting some sort of Ozzy/Messiah wail. Instead, it comes off as Count Raven and Wretch crunched up against Autopsy, and in doing so, sounds as if it were made by a far more influential, battle-scarred band.

Despite a quiet interlude towards the end, the title tune grinds overall with the death-doom authority of acts with decades of recordings in their catalogue, Weed Demon’s lava-lunged throat and bass player Jordan Holland causing gooseflesh with a cavern-borne, hair-raising performance to challenge that of Demilich’s Antti Boman.

Penultimate wrecker “The Elder Tree Pyre” gets Troubled and Entombed with its tricky, meat-hook riffage as finale “Sporelord” has a strange reggae/flamenco/ska break that leads the record out the door in almost humorous fashion after 9 minutes of Tomb Mold/Bloodstar insanity.

With vivid, monstrous, comic book cover art, a subversive name, solid musicianship, above average songcraft, and a hint of irony, Weed Demon has potential to rise within the doom/stoner ranks and become one of those bands that gets “discovered” and hyped by one of the more prestigious metal magazines. This seer predicts a package tour with larger acts in their future. Are they the next Gatecreeper? Only the runes know. Until then, just lie down, inhale, and enjoy.