Lo isn’t sure he wants fame.  He’s put off by the idea of everyone knowing who he is, and he’s not shy about admitting that.  That being said, he’s still keen on finding a way to share his gift of gab with the world.  After a brief hiatus and reassessment, Lo is back with new single “Skatin'”, a remix/reboot of the song “Ain’t I” by Yung LA.  Lo follows a long-standing hip hop tradition by sampling the instrumental of an iconic track and turning into something new.

From the man himself, “The beat was originally produced by B Frank. ‘Ain’t I’ was a personal hype song to me as kid and I wanted a taste of the beat. The song is a cocky song more or less. Usually I talk about government corruption and demonic things but on this one, I want to challenge myself as a song writer. Lyrically, it’s more universal to the listener. But also, I keep my roots with the metal-core type lyrics in the chorus. Rap and metal-core are my biggest influences so I’ve been since trying to find a way to mesh them smoothly.”

The vocals are straight hip hop in delivery, but the production style veers between the aforementioned metal-core aggression (though never all-out, it leers beneath the surface) and industrial distortion and sneer. B Frank’s instrumental lends itself to an aggressive delivery as it is.  When originally produced, trap metal hadn’t quite hit.  So the idea of some of these harsher, more industrial sounds making their way into the mix must have perked a lot of ears at the time.  There is a compression and distortion inherent in artists like Skinny Puppy and Nine Inch Nails, but also found in tracks of artists like Gizmo or Sinizter. 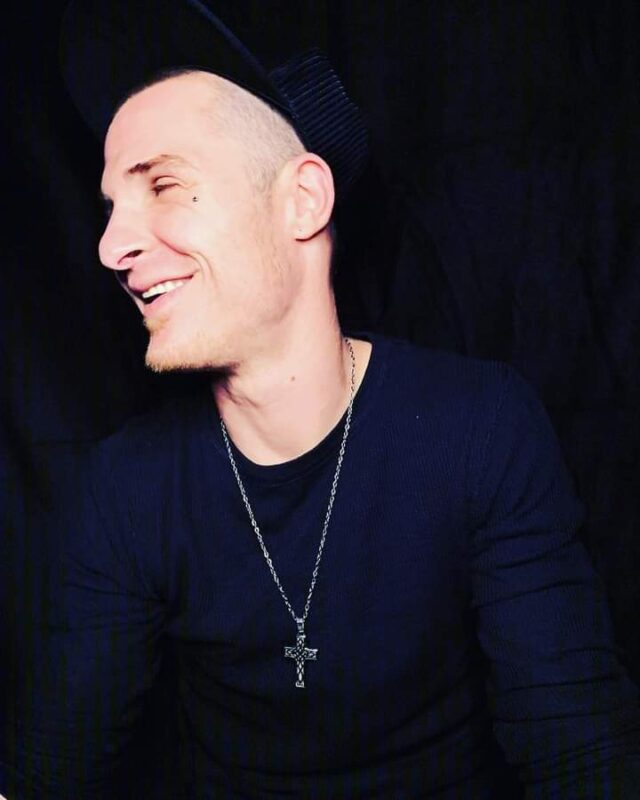 Vocally, Lo is all original.  He sounds like no one else.  His delivery is unique in that it is simultaneously aggressive and relaxing.  While the industrial sneer is there, there are also echoes of Massive Attack’s main mastermind, Robert Del Najia.  The cool, but sinister confidence bleeds through the track.  You can’t help but feel like a badass listening to it.  Effects are minimal but present, adding just enough of the other-worldly to make this a Lo song and not a Yung LA song, but the real effect is the soul in the voice; pained, experienced, wise, and dangerous in an oddly welcoming way.

Mixed and mastered by Gus Wallner, Lo‘s “Skatin'” is a more-than-worthy return to the scene.  And although he tends to shy away from the spotlight, let’s hope that the spirit that moved Lo to produce this tasty track also moves him to get it on major streaming platforms so the world can hear what this unique voice has to say.  Go on the search.  It’s worth it.

A Letter From the Editor-In-Chief! Spring is Here and New Goals Appear!