For going on 11 years now, Horseburner have been on the run, making music and playing gigs as if there were prices on their heads. In August, Horseburner set off a bushel of fireworks in “The Thief”, a tricky stoner metal ode to the giants of the 70’s that was a watershed moment for the genre in 2019 and is worthy of some of your iPod space and headphone time.

A short, titular instrumental sets the tone for A Joyless King, which itself takes a minute to build towards a Corrosion of Conformity-style earthquake, and aside from two more softer wordless compositions, the rest of the record is one barfight or car chase after another. “A Drowning Bird” and “The Fisherman’s Vow both possess bold flourishes of Thin Lizzy and Iron Maiden, worshipful licks complimenting the bludgeoning volcanic southern rock one hears throughout most of the album.

A stout speed-thrash ethic can be heard as well, tracks such as “Hand of Gold, Man of Stone,” “The Oak,” and “Fathoms,” the album’s epic, whizzing past big rigs on the freeway of fate with brief, quiet, near-death-experience acoustic passages, roaring, howl-at-the-wind vocals, and proggy Tool-ish riffing taking us out-of-body and back into the center of the mind so that the race with Old Scratch may resume. The Amboy Dukes, ZZ Top, and Agony Column collided with Anthrax, Exodus, and Testament in a trios tag match, and it ended in a double DQ. This was the soundtrack.

Fabulous guitar work is at the fore, axe-jugglers Jack Thomas and Zach Kaufman volleying solos like the best electric duos that came of age when Generation X were but pups.

The Thief is classic without being derivative, reverent without being enslaved, and dirty without being unskilled. If you pine for those thrilling days of metal’s yesteryear but want something that still sounds very much alive and current and young, you now have some more bullets for your Derringer, and yeah, Rick is there in spirit as well. 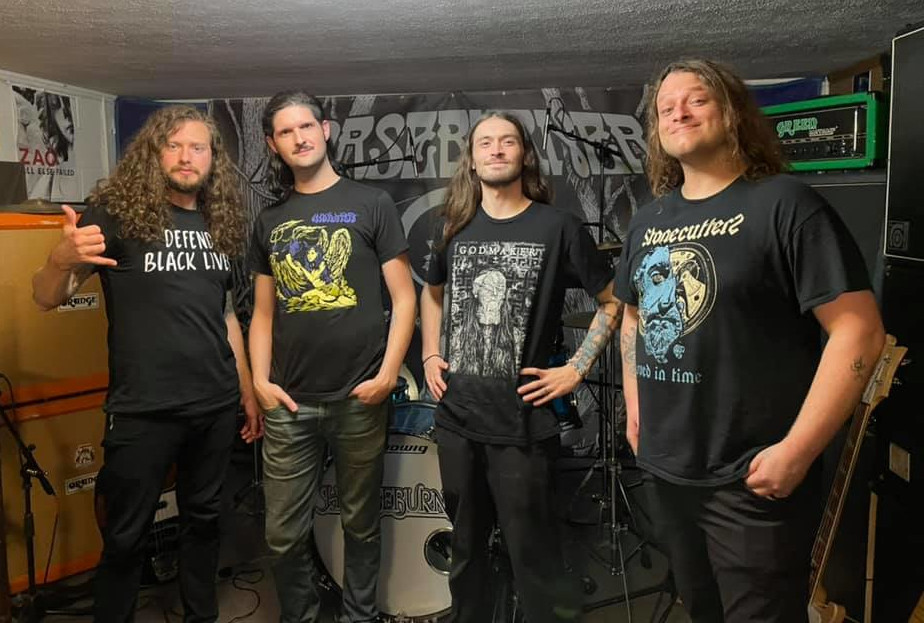