Catharsis is an amazing thing as it comes in all shapes, sounds, and sizes. Sometimes the process leads to an angelic beauty of release while other times turning into a violent purging of sorts. Illinois based one man experimental cyber-grind outfit Fetish Hotel opts to put both in a blender all the while laughing maniacally on his new record “Ding Dong Ditcher“.

“Ding Dong Ditcher” is just that. A cathartic record that purges everything negative inside and releases it in the most destructive form imaginable, an experience that is as captivating as it is devastating. If smooth and catchy hooks are what you came here for….. I am sad to tell you Fetish Hotel pillaged that village and burnt it to the ground himself. Technical guitars fire away with chromatic riffage and arpeggiated sweeps as dissonant chords dance around like an 8-bit Nintendo game. One simply cannot ignore the fact that the song structures and percussion are built around the sounds of door bells, windchimes, and martini shakers (hence the album title “Ding Dong Ditcher“). An original take indeed within this subgenre of metal, at times forging an almost deranged sense of melody amidst the onslaught of guitars, vocals, and drums.

The vocals and lyrical content rage at full blown emotional capacity as if the mind itself was being torn in two. It is quite the aural experience if one chooses to engage in it (imagine if the films “A Clock Work Orange” and “Fantasia” did acid and decided to make a soundtrack together).

With an album running at 10 tracks clocking in just under 10 minutes, it’s hard to break down and pick out key tracks to sink your teeth into. The album’s constant corruption of various sounds will hit and pass before you have a chance to blink. Production on the album is lo-fi, but clear enough with multiple listens you can begin to digest the insanity going on. Time signature silliness coupled with little spurts of melody sprinkled throughout allow the listener just enough time to catch their breath before being drug back under the album’s experimental barrage.

Fetish Hotel‘s “Ding Dong Ditcher” is not for the average mallcore enthusiast. It’s a tough pill swallow and a massive one at that. That being said, if you’re willing to see past the album’s destructive and quirky sound you may find the beauty within the confines of it’s mischievous chaos like I have……..a refreshing take within the stock pile of extreme metal we have today. So strap on your helmet and go download a copy of Fetish Hotel’s “Ding Dong Ditcher” today, and most importantly………don’t forget to wear a cup!

Find Your MUSE(ic): Video of the Week - Feast on the Fallen "Boneyard"

Eneferens "The Bleakness of Our Constant" 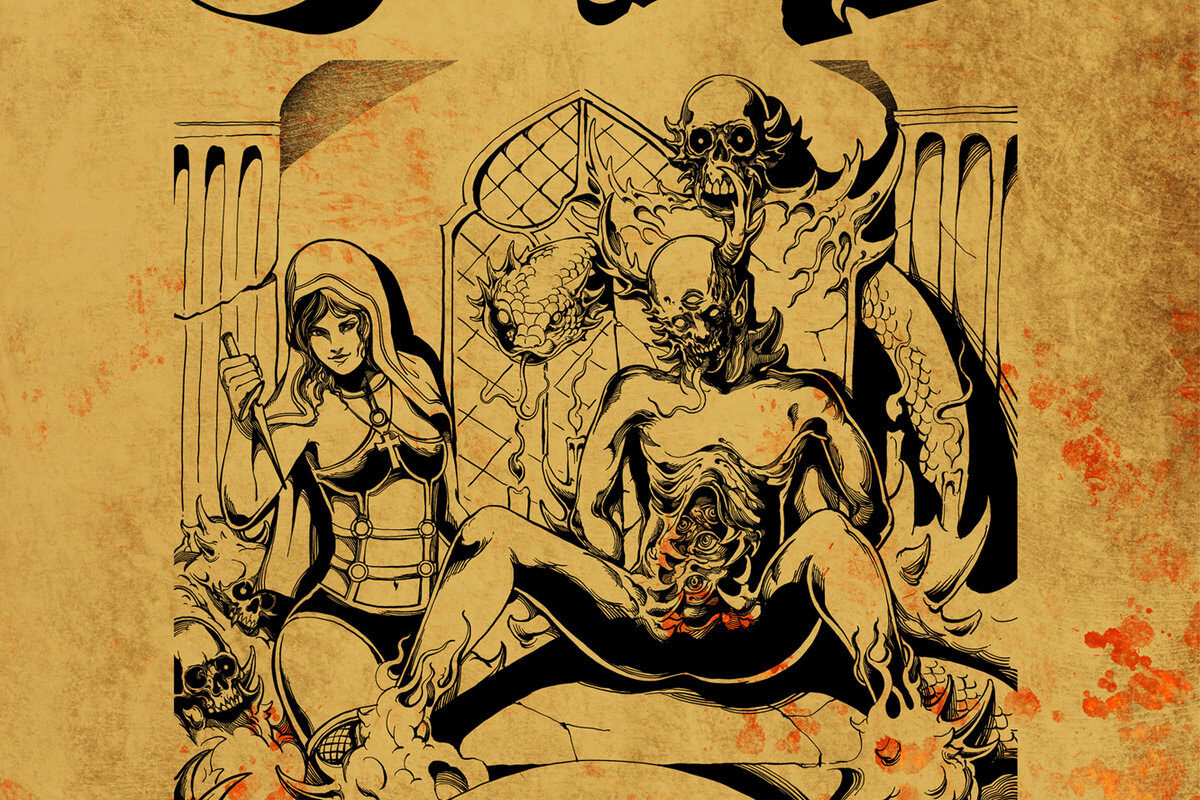