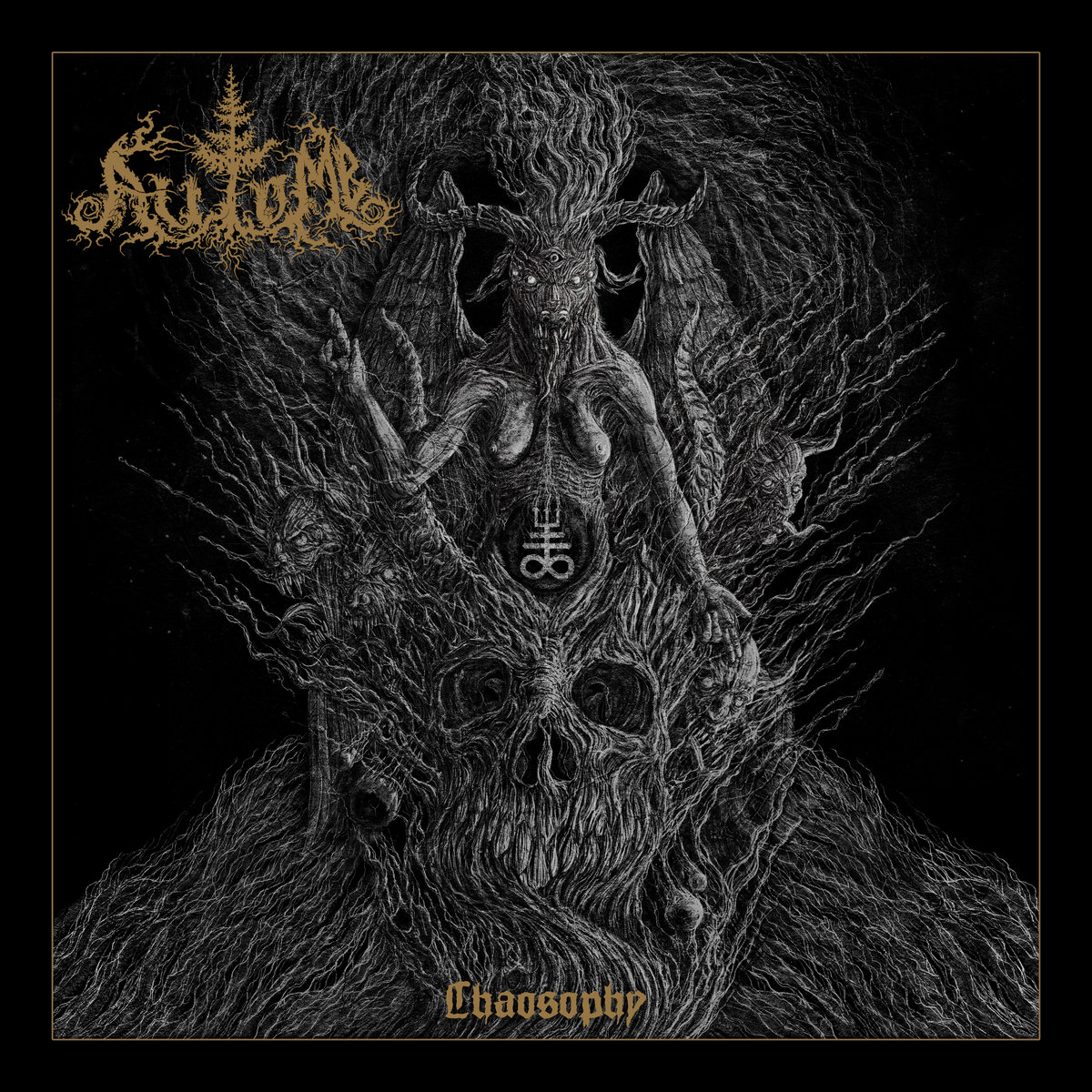 From the icy, bitter, perpetual night of space arrived Automb. Allow your imagination to blind you to the fact that they were formed by a European immigrant and a Connecticut transplant. Do not be deceived by their relative youth. Automb are vessels for gods long lost and older than the eldest sun. Chaosophy, the now three-piece act’s second album, is a cry from a void, a primordial frequency that only occultists can decipher, hurled from dimensions nameless and infinite.

Beginning with a short, rainy respite of an instrumental, Chaosophy quickly opens the Cask of Ancient Winters to unleash “Transmigration Omega,” a blastbeat blizzard that takes vintage Immortal and Behemoth to create one marauding frost giant of a song for ages untold, Danielle Evans roaring as if she were a berserker awoken from a frozen slumber that has lasted centuries, drummer Scott Fuller thundering o’er and across Midgard and Jotunheim as polymath Serg Stretlov’s instrumentations put on a Machiavellian display of electric, universal treachery fit to entertain Loki himself.

Yes, this record is mythic, wood-carved, borne of smelted uru, forged by trolls and dark elves. Witness the Melechesh rhythms of the title track, the vaguely first-wave black metal rampage of “Serpent of the Night,” the stormy Rotting Christ trudge of “Selbstgott,” Watain-ish angel-chaser “Hel”, the melodic spiked fist of “Trishula,” “Cosmic Tyranny,” which stomps as proudly as primeval Tiamat colluding with Faustcoven, and the Amon Amarth-Dark Funeral War of “Ragnarok,” a fiery apropos finale for both masterstroke of album and an ode to realm in collapse as there has ever been.

Serg Stretlov alone has credentials that musicians twice his age would spill blood and desecrate holy texts for, but with an even more practiced drummer in Scott Fuller and a prodigious neophyte in Danielle Evans in the ranks, Automb are a terror-trio poised to ascend to the upper echelons of the black metal netherworlds. It will happen. It is inevitable.

As you listen to Chaosophy, remind yourselves that it was not the product of grizzled Norwegians approaching their fifties and plotting a comeback. Instead, it came out of humble Pittsburgh. Let Jormungand coil around that as Fenris feasts on our celestial blaze and you are deafened to the sounds of The Endtimes.